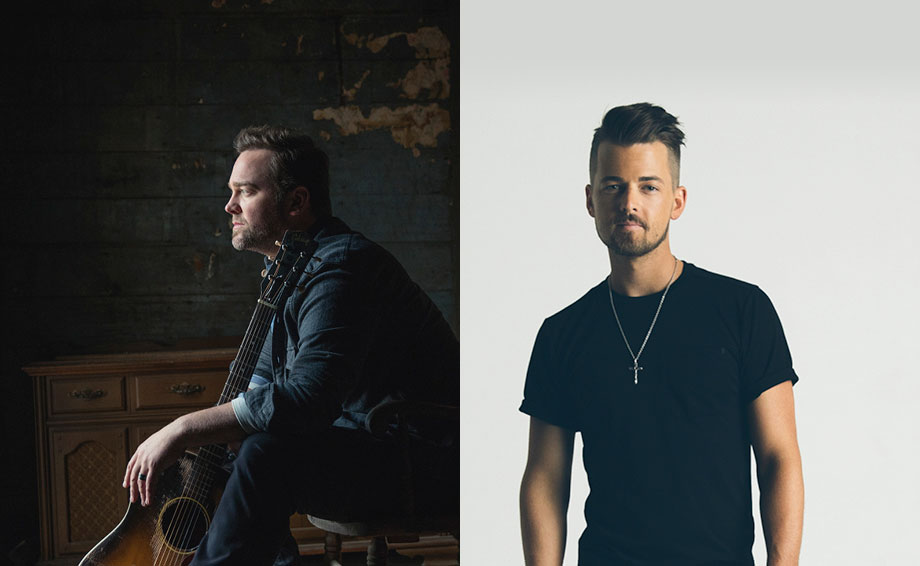 Don’t miss Lee Brice and Chase Bryant as they hit the outdoor stage at Inn of the Mountain Gods. Remember to bring your own blanket or lawn chair to our outdoor concerts!

When Lee Brice isn’t selling out arenas, writing and recording songs, or building a new brand like American Born whiskey — you’ll find him with his wife Sara, two young boys Takoda (10) and Ryker (4), and new daughter Trulee Nanette, who was born on June 2, 2017.

With more than 12 million in RIAA certified sales, Lee has achieved Gold and Platinum on every album and single released, with “A Woman Like You” reaching Double Platinum status.

With well over 2 billion spins on Pandora, Lee Brice was inducted into the streaming service’s ‘Billionaires Club’ on June 8, 2018.

The “Rumor” singer, who is now among the Top 25 most-streamed country artists of all time on Pandora, is only the second country artist behind Keith Urban to receive the Pandora Billionaire plaque and puts Lee in company with not only Urban, but legends including Johnny Cash and Fleetwood Mac, and pop phenoms such as John Legend.

Lee is a GRAMMY nominee, a CMA nominee and a double ACM award winner, and he’s taken five radio singles to #1: “A Woman Like You,” “Hard To Love,” “I Drive Your Truck,” “I Don’t Dance,” and “Drinking Class.” Garth Brooks, Jason Aldean, Kenny Chesney and others have recorded his songs and he’s performed on TV shows including NBC’s Today, ABC’s The Bachelor, NBC’s The Voice and FOX’s Miss USA 2018 (May 21).

Lee’s new single “Rumor” is out now and follows “Boy,” the debut song from his fourth studio album, Lee Brice(November 3, 2017).

One of the most prolific guitar players in today’s class of new Country artists, 26-year-old Chase Bryant was raised in Orange Grove, TX (pop. 1,200). Bryant’s grandfather played piano for Roy Orbison and Waylon Jennings. His uncles cofounded the group Ricochet. Conway, Merle, Petty, Vince, Bob Wills, Steve Wariner, Bryan Adams and more were early influences as were records by Keith Urban, Sarah Buxton and Jedd Hughes. Bryant’s second consecutive hit “Little Bit of You” rose to #3 on the country radio charts. His guitar-wielding Top 10 debut single “Take It On Back” spent 15 consecutive weeks on the CMT Hot 20 Countdown, seven weeks on the GAC Top 20 Country Countdown, and was a Top 20 Most Watched Video on VEVO TV Nashville. Internationally, the single was a Top 20 hit in Canada and earned the #1 spot on Australia’s CMC Countdown.
A musical maverick, Bryant, taught himself to play guitar upside down and backwards at the age of three. Fans have gotten to witness his guitar shredding across the globe on tours including Tim McGraw’s SHOTGUN RIDER TOUR, Brantley Gilbert’s LET IT RIDE TOUR, Kip Moore’s 2016 WILD ONES TOUR and most recently Brad Paisley’s WEEKEND WARRIOR TOUR in 2017. For more information visit: http://www.chasebryant.com

A New Mexico native and most recent winner of The Voice, 16 year-old Chevel Shepherd’s 4’10” stature does not translate to her larger than life voice. A self- described “old soul,” Shepherd covered some of the most iconic female country singers throughout her time on the show, including Loretta Lynn’s “You’re Lookin’ At Country” and LeAnn Rimes’ “Blue.” After the show’s finale, she released her debut single “Broken Hearts.”