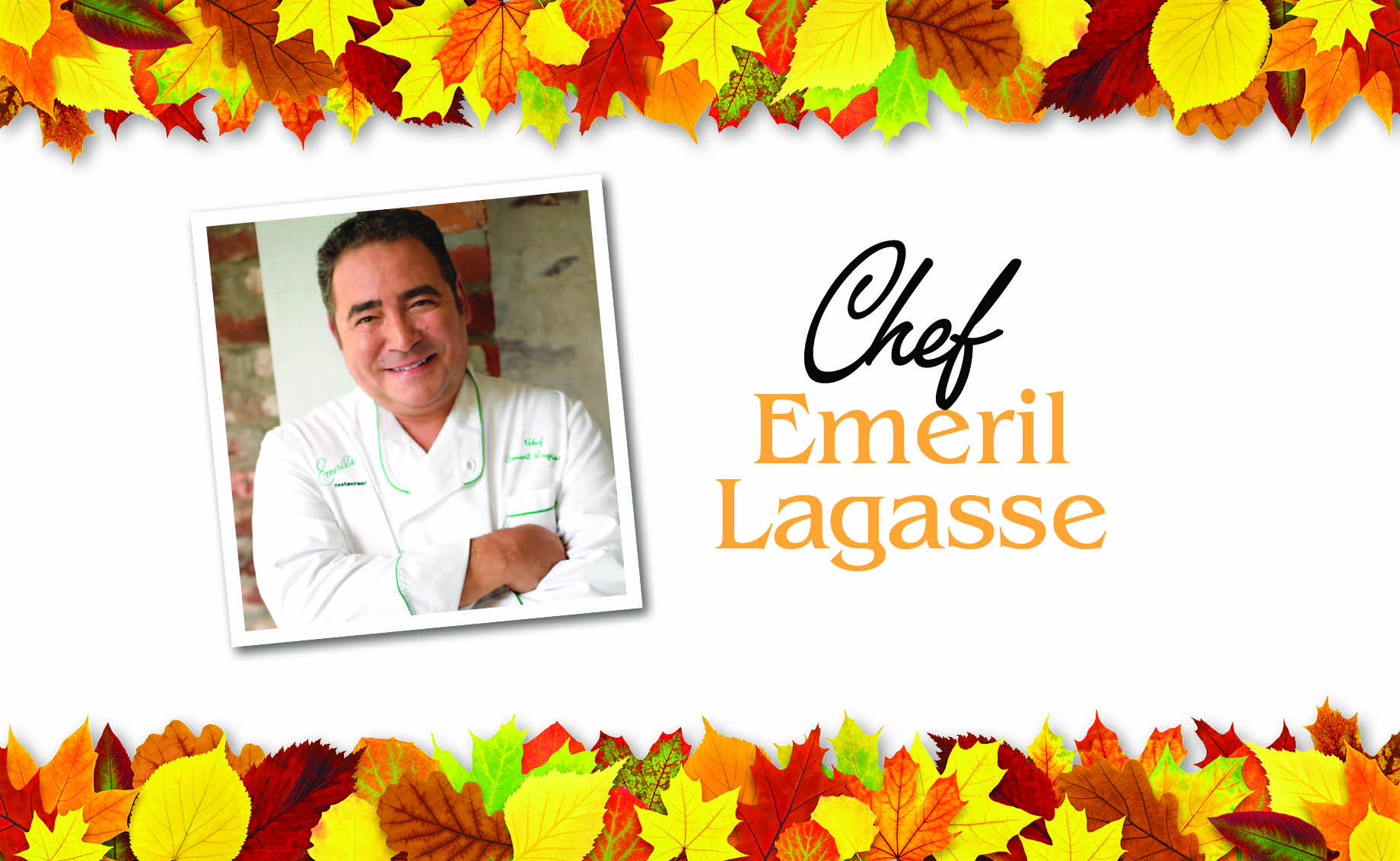 Don’t miss Emeril Lagasse as he shows off his cooking skills at Inn of the Mountain Gods!

Chef Emeril Lagasse’s passion for food was ignited as a young boy growing up in the small town of Fall River, Massachusetts, where he spent time in the kitchen with his mother, Hilda. As a teenager, he worked at a Portuguese bakery where he mastered the art of bread and pastry baking. Upon high school graduation, Lagasse turned down a full scholarship to the New England Conservatory of Music to pursue his dream of becoming a chef. He earned a degree from the respected culinary fortress, Johnson and Wales University, and later received an honorary doctorate degree from the university. Wanting to broaden his culinary horizons, Lagasse then traveled to Paris and Lyon, France, where he honed his skills and learned the art of classic French cuisine. Returning to the United States, Lagasse practiced his art in fine restaurants in New York, Boston and Philadelphia until a job offer from Dick and Ella Brennan lured the young chef to New Orleans, where Lagasse helmed the kitchen for nearly eight years at their legendary restaurant, Commander’s Palace.

Lagasse then traveled to Paris and Lyon, France, where he polished his skills and learned the art of classic French cuisine.
In 1990, Lagasse set out on his own, opening Emeril’s Restaurant in New Orleans’ Warehouse District. Two years later, he opened NOLA Restaurant in the French Quarter. In 1995, Emeril brought his “New New Orleans” cooking to Las Vegas and opened Emeril’s New Orleans Fish House, located in the MGM Grand Hotel. In 1998, Lagasse opened Emeril’s Delmonico in New Orleans’ historic Garden District. He opened two restaurants in 1999 including Emeril’s Orlando at Universal Studios CityWalk and Delmonico Steakhouse in the Venetian Resort, Hotel & Casino in Las Vegas. In 2003, he opened Tchoup Chop (pronounced chop-chop) at Universal Orlando’s Royal Pacific Resort. In February 2008, he opened Table 10 at The Palazzo in Las Vegas. He opened his first restaurant in the Northeast, Emeril’s Chop House on May 22, 2009, at the Wind Creek Bethlehem in Pennsylvania, and Lagasse’s Stadium, a restaurant and sports entertainment venue opened on September 25, 2009, at The Palazzo. He opened his first-ever burger restaurant, Burgers And More by Emeril, in 2009 at the Wind Creek Bethlehem. In 2016, Lagasse opened Emeril’s Fish House, making this the third restaurant by Emeril at the Wind Creek Bethlehem. In September 2016, Lagasse opened Meril – named after his daughter – just around the corner from his flagship restaurant in New Orleans, his fourth in the city. Most recently, he opened Emeril’s Coastal Italian in Miramar Beach, Florida. Currently, Lagasse is the chef-proprietor of 11 restaurants in New Orleans, Las Vegas, Bethlehem, Pennsylvania, and Miramar Beach, Florida.

Tickets are $70 and include a delectable dinner! Doors open at 7 pm and the show starts at 8 pm.